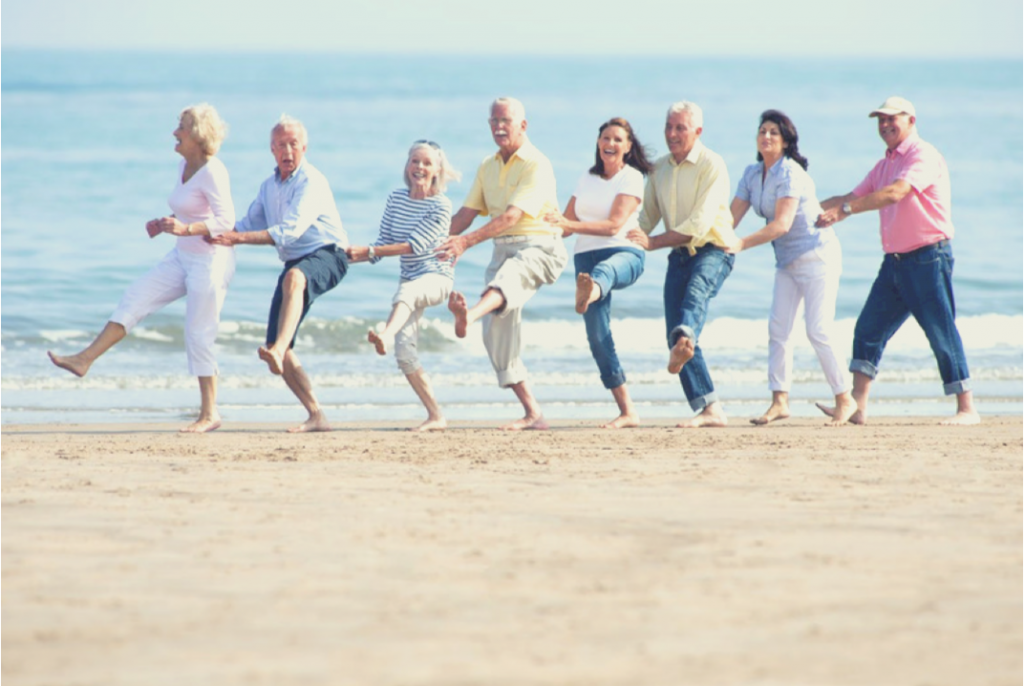 Have you heard of the Blue Zones?

There are regions in the world where a ton of people are living to a ripe old age – centenarians, if you will.  The people in these regions are healthier and live longer lives than anyone else in the world. Crazy, eh? I want to move there! They call them the Blue Zones because the dudes (see below) who discovered these zones circled them on a map with a blue marker. True story.

The whole ‘blue zone’ idea began when demographers Gianni Pes and Michel Poulain identified a region in Sardinia where people were living a long happy life – hence The Blue Zones of Happiness.  How they came to find it, who knows? But they did conduct a statistical study and wrote a paper about it. That’s how amazing this discovery was!

Then Along Came Dan

Then a guy named Dan Buettner got involved when he identified two additional regions. And National Geographic got wind of all of this and funded the research of Poulain and Buettner (I have no idea where Gianni went!) which further identified another two regions.

Yes, you got it! There are five Blue Zones in the world!

In 2005, Dan wrote an article for National Geographic “The Secrets of Living Longer” and they made it the cover story. Turns out this is one of the best-selling issues in the history of this fine magazine. 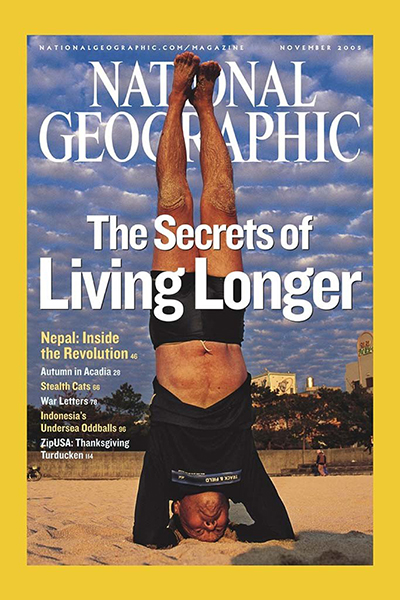 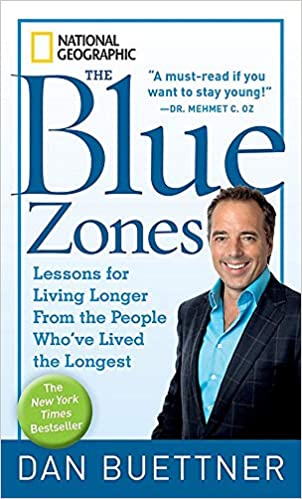 Then Dan wrote a book. How could he not given how popular his article was?

The Blue Zones: Lessons for Living Longer from the People Who’ve Lived the Longest was his first…then Thrive: Finding Happiness the Blue Zones Way, and The Blue Zones Solution: Eating and Living Like the World’s Healthiest People.

So Dan has become pretty darn popular. He has his own website and is really capitalizing on this Blue Zone thing.

Even Oprah knows about him.

The reason why I want you to know about the Blue Zones is not because it is a cool piece of trivia. It’s because of the research that came out it gives us clear ways to be healthy and live a long life. You could pick up Dan’s book….or just keep reading.

In his first book, Dan and his colleagues identified four things people in these zones were doing that led to a healthy long life.

Apparently living by these 4 concepts brings longevity to your life.

Yep, they move their butts all the time. And we are not talking just hitting the gym, but daily energy bursts throughout the day.

They live with purpose.

These old dudes have figured out a reason to get up every day. They found a purpose that gave them perspective.

They have social support.

Their close social network provides them with the support they need to get through life.

And make it the easy choice. There is no option between healthy and unhealthy. There is only healthy.

But what exactly do they do to adhere to these concepts?

Well I created a nifty little poster that you can put up on your fridge so you can incorporate these concepts into your life. It’s soon to be released…

Until next time my friends, stay safe.

P.S. I almost forgot! Do you want to know where the five Blue Zones are located? Well pack your bags and book your flight!

Where do you want to go first? Let me know in the comments below.

Get tips to a long and happy life from those who live in the Blue Zones.

Hi, I am Roxanne